When the iPad first released several years ago, it was made to mainly be a media consumption device with a sprinkle of productivity. As users would soon find out, having a software keyboard was a pain for two main reasons: tactile feel and screen real estate.

While it’s extremely convenient in terms of size and weight to have as little moving parts as possible, an iPad Air keyboard is becoming a necessity for some users. This fact is further exacerbated by Apple’s push towards their productivity suite called iWork, which includes a word processor, presentation creator, and a spreadsheet app that require a lot of typing.

If you plan on making heavy use of Numbers, the spreadsheet app that’s apart of the iWork productivity suite, screen real estate is absolutely critical. You might often find yourself becoming frustrated by having to constantly scroll up and down to get an idea of the rows above where you’re currently inputting data. Having a physical iPad Air keyboard alleviates this issue and actually allows for faster input with the Tab key. You probably wouldn’t even need to utilize the touchscreen for the more basic tasks, especially if you get into a “mode.”

The same goes for Keynote and Pages. Having the keyboard taking up so much screen blocks the full view of what you’re putting together or trying to create. Touch-typing on a physical keyboard when typing up long reports or essays is much more efficient than using a tablet’s keyboard which can be somewhat clunky and not nearly as economical even though for a software keyboard it’s one of the best.

You can further increase productivity with a keyboard case. You’ve probably figured that it will protect your iPad Air against drops and other types of abuse, but it’s the stand functionality that really makes a keyboard case very useful. Being able to have your iPad propped up in front of you while typing is essentially identical to working on a laptop. In fact, some keyboard cases will make your iPad nearly pass as a MacBook Pro in terms of aesthetics.

iPad Air Keyboards are also extremely easy to setup. You won’t have to plug anything into the Lightning port, instead they all use Bluetooth. Once you pair your keyboard, you can basically set it and forget it and turn it on only when you need to use it.

Some keyboards also utilize rechargeable batteries, so you won’t have to be changing batteries out all of the time like you might have expected. There’s also keyboards with backlit keys, which make it just as easy to type in the dark as if you were using your iPad’s software keyboard.

Do You Need an iPad Air Keyboard?

Now, not everyone will have a use for a keyboard. If you still plan on just surfing the web, watching movies,or answering the occasional email, a physical keyboard for your iPad Air may be overkill. If you do decide on getting a case, however, there’s no harm in picking up one that has a keyboard built into it just in case.

If you have decided you want a keyboard or keyboard case for your new iPad, you’re in the right place. Our website will list all of the iPad Keyboard Cases that are made for and compatible with the iPad Air, so make sure to browse around for the best deals! 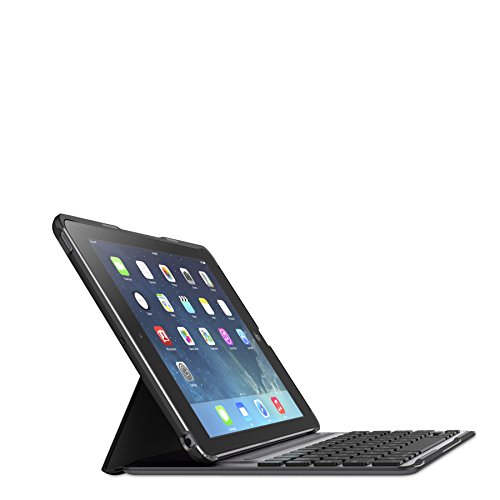